Ms. Zoey Dalton traveled across the continent and internationally to learn about and try alternative ways to heal her daughter, Kai. Her successes gave her the confidence and determination to get real answers that could change Kai’s life. CBD was life changing.

She has experienced that CBD, taken as an all natural nutritional supplement works.

Kailani has been on a LEVEL 6 for the last 2 years and is doing great, getting stronger. It was the missing key to years of search and experimentation. 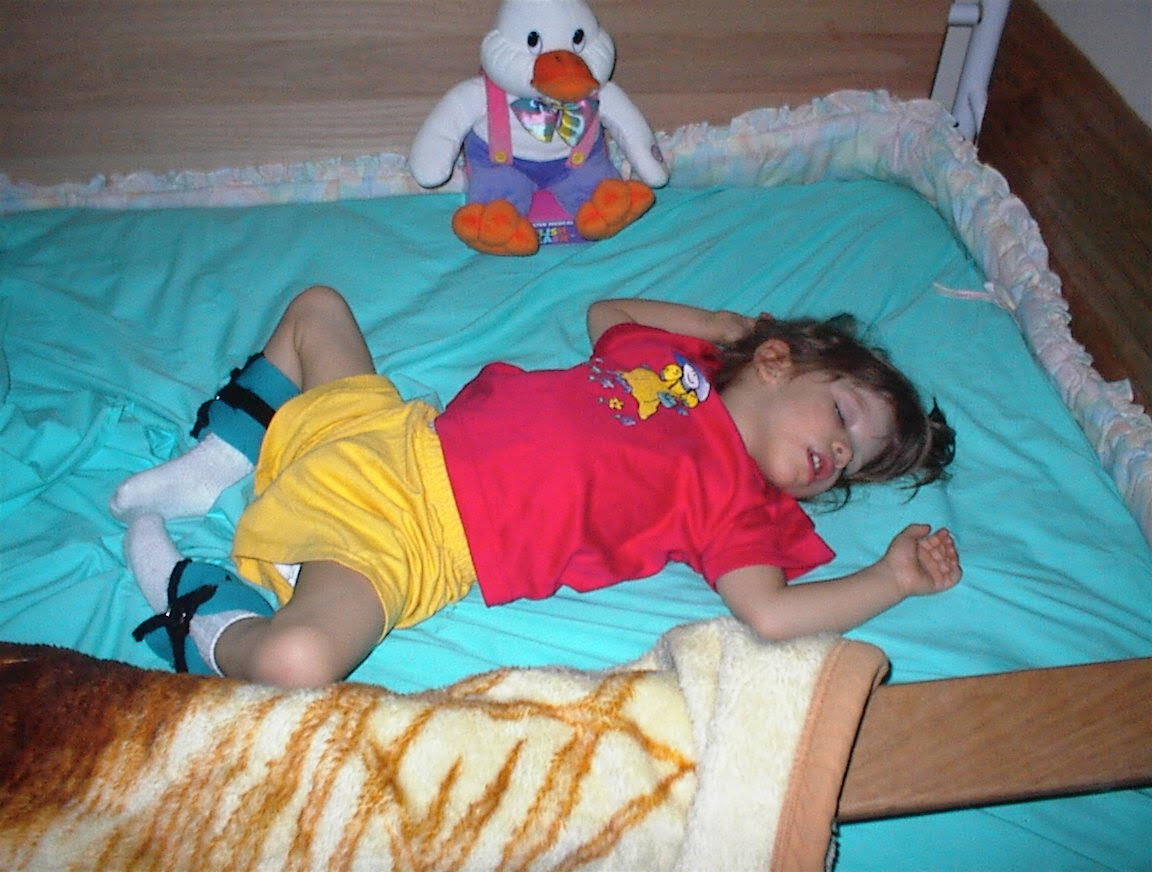 In 2013, Colorado ignited a flood of breaking stories on how CBD was helping people with major conditions. Zoey’s successful experiences traveling the US and internationally gave her the tools to figure it out and know for sure if CBD worked. It does and she’s made it her life’s work to bring the highest quality CBD oil to the public.

Medications: Before and After 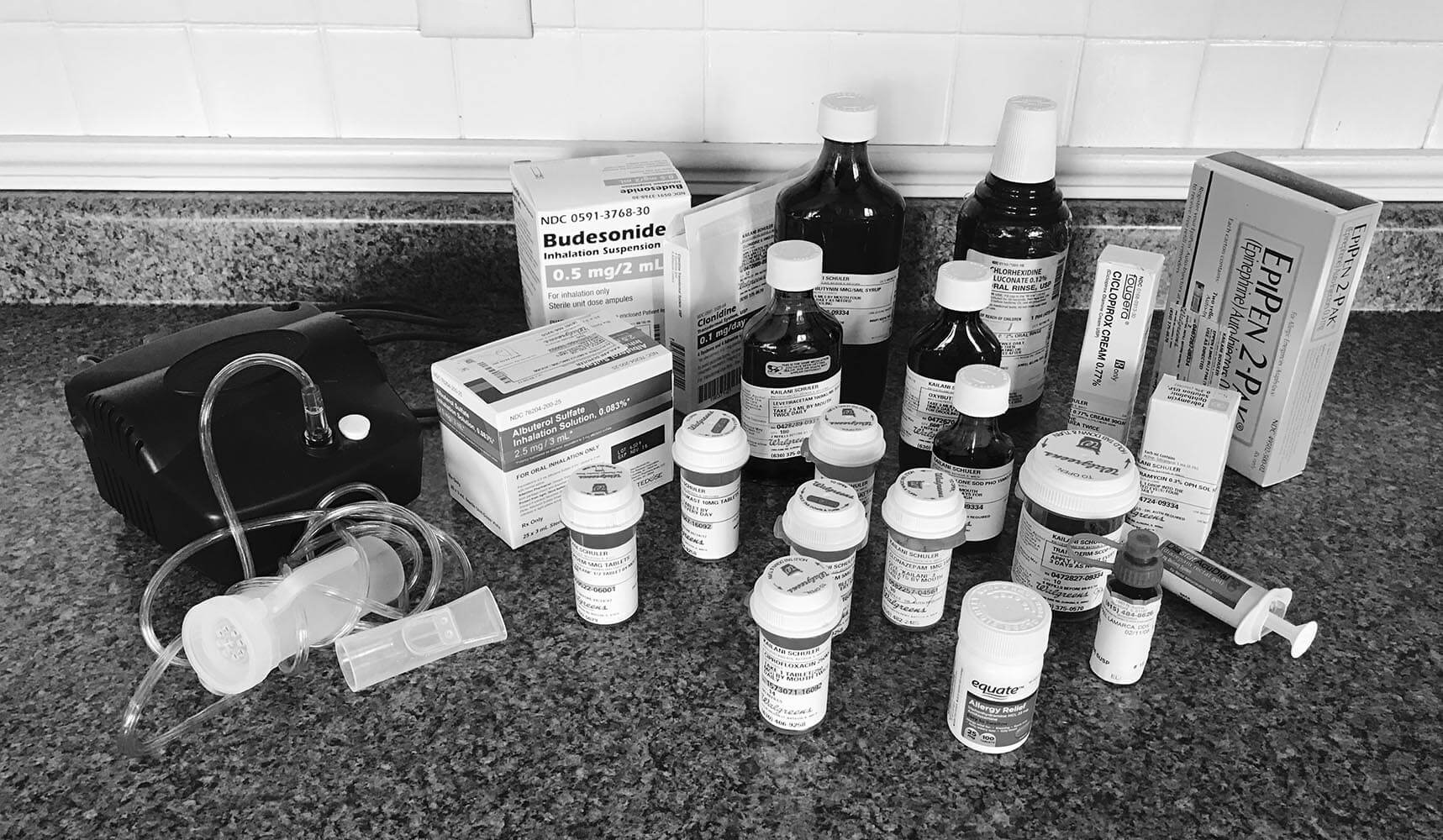 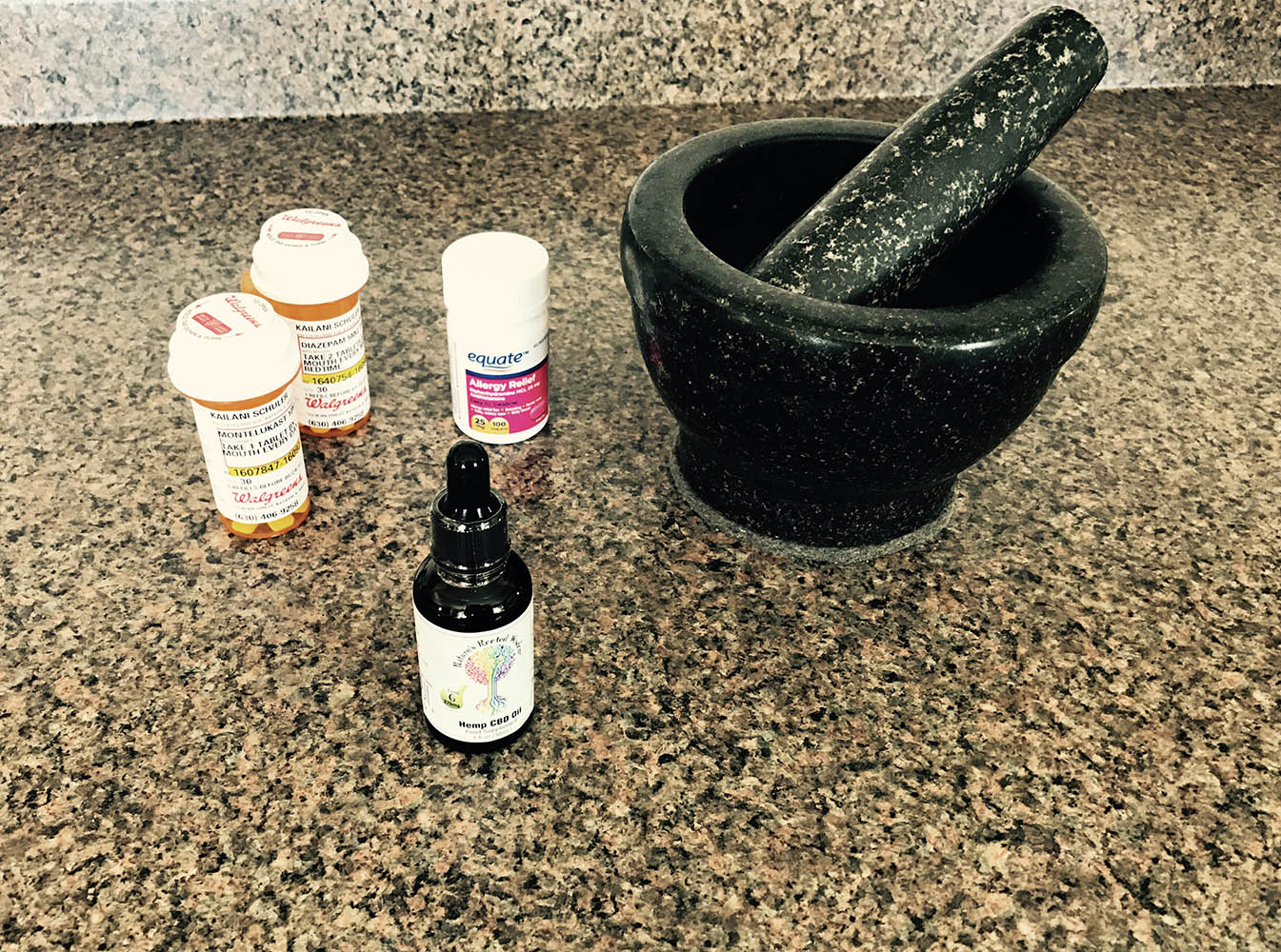 Zoey has tried tried most of the current CBD supplements. She found that none was perfect for her daughter. This is what lead to Nature’s Rooted Wisdom’s (NRW) CBD oils. The levels offered today are developed and produced using a third generation of protocols. These protocols allowed her to gather enough information to bring the results of 6 different levels that anyone can choose to take.

Our CEO’s daughter,  Kailani and her life.

Kai was strangled by her umbilical cord, causing a lack of oxygen and damage within the basal ganglia. This is the center of coordination and balance. She was diagnosed with multiple conditions, that were dealt with immediately by the Neonatal Intensive Care unit. Kai had 22 days in serious condition, trying to stay alive. Kai’s brain was combating life threatening issues, then she was finally stabilized when she was put on three seizure medications. The picture below is an example of what she was able to do until the age of 18 months. She slept on on back, not being able to roll.

She was falling behind in her development quickly, due to all the medications. Kailani’s growth and development was greatly delayed. She wasn’t able to her explore environment like most babies do.  Ms. Zoey Dalton, her mother, is a nurse and knew from her life’s experiences that something had to be done and it had to be done quickly in order to prevent further brain damage.  Kai’s therapy and the lack of results left many questions needing immediate attention. It would be a long hard road into the unknown.

Zoey’s search was out of desperation to keep her child alive and find a way to get her growing and seizure free.  Zoey and her family made Kai a priority. They sacrificed while Zoey traveled with Kai to find answers and results. The first successful nutritional therapy was found outside mainstream medicine.

A Ketogenic diet was administered, when Kai was 18 months old. She was kept on this diet continuously for over 2 and 1/2 years. When done perfectly this diet put her body/brain into an acidic ph. balance, keeping her in a seizure free state. If this diet wasn’t done perfectly it was as dangerous as being a diabetic without insulin.  It carried a risk of falling into a coma state.

Kai’s seizures went into remission completely since the age of five.

This was the beginning of going down the right path, the next big issue to be tackled was her physical growth and development.

Kai’s Papa always encouraged her to try and focus. He helped her to stay strong and never give up. He told Kai she could do anything and be anything if she put her mind to it.

Papa was instrumental in Kai’s treatment early on as he choose to travel with Kai  & her mother.  It was most helpful to have a second pair of eyes while experiencing Kai’s journey. The rest of Zoey’s three children were with their father, at home to go to school.  Zoey spent long periods of time away from her family due to the search of care her daughter needed to sustain her life and develop further.

Many of the hospital and doctors, along with specialists, were outside of the United States.  To do this type of pioneering care was not offered in the U.S. Zoey and Kai traveled.

Her beloved Papa was always there to lend a helping hand, wherever he was able.  “To you papa! Rest in peace knowing, I will never give up. We miss you and love you with all of life. 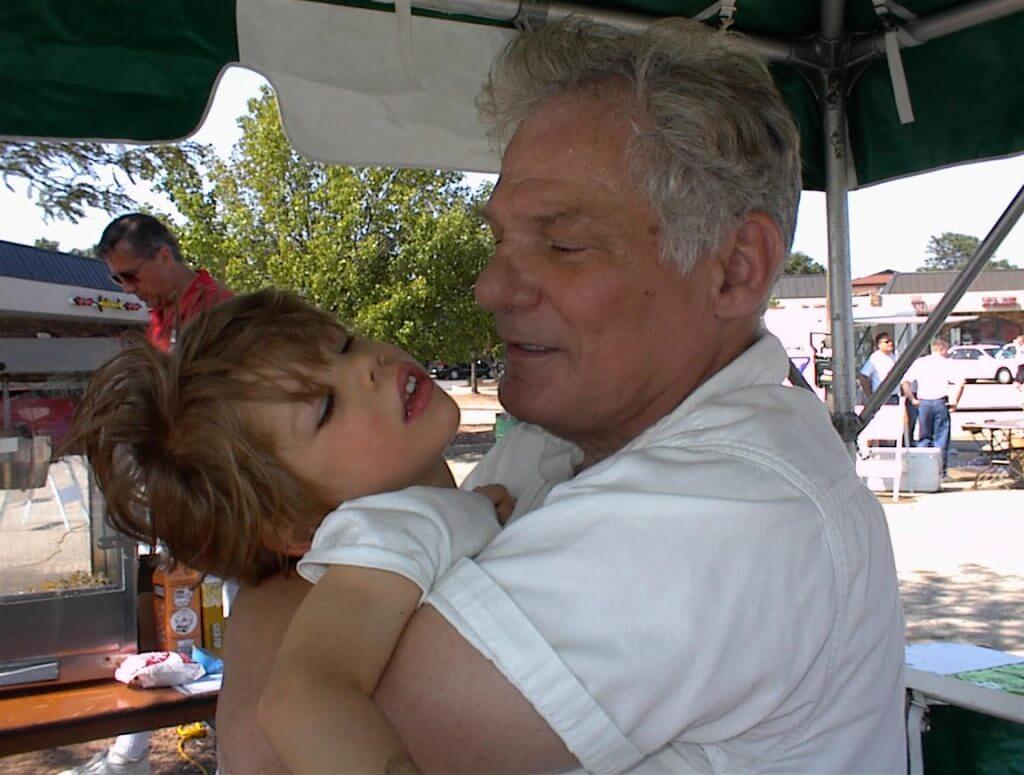 Seizure free, yet Kai was dealing with other health issues that would take her down for the count with just a cold. She lost weight, as well as all her strength. Kai’s health was poor, she wasn’t growing, even though she was feed  seven times a day.

This picture is before Kai’s very 1st stem cell implantation, which took place in Mexico from a renowned physician, who at that time had been treating his patients for over 28 years with Placenta stem cells.

If Zoey and Kai hadn’t  experienced the treatment first hand they wouldn’t of believed it.

This particular treatment would help Kailani  greatly.  She gained 10 lbs in a four month period. Her asthma went into remission for over a year. When Kai went back for her second treatment, she gain another 10 lbs. She became stronger and healthier as the months went on. Half a year later she received her 3rd treatment.

The issue with this avenue is that stem cell treatments are costly and need to be given until the body is able to produce and catch on their own.

Her growth has been at a turtle’s pace, which is ok, for her. How much ability she will gain is still not yet known. Growth is sometimes fast and at other times so slow, her mother, puts it this way. “It’s like waiting for a seed to come out of the earth and reach for the light.”

It’s up to Kai will, and fortitude along with lots of grace and to never lose hope. 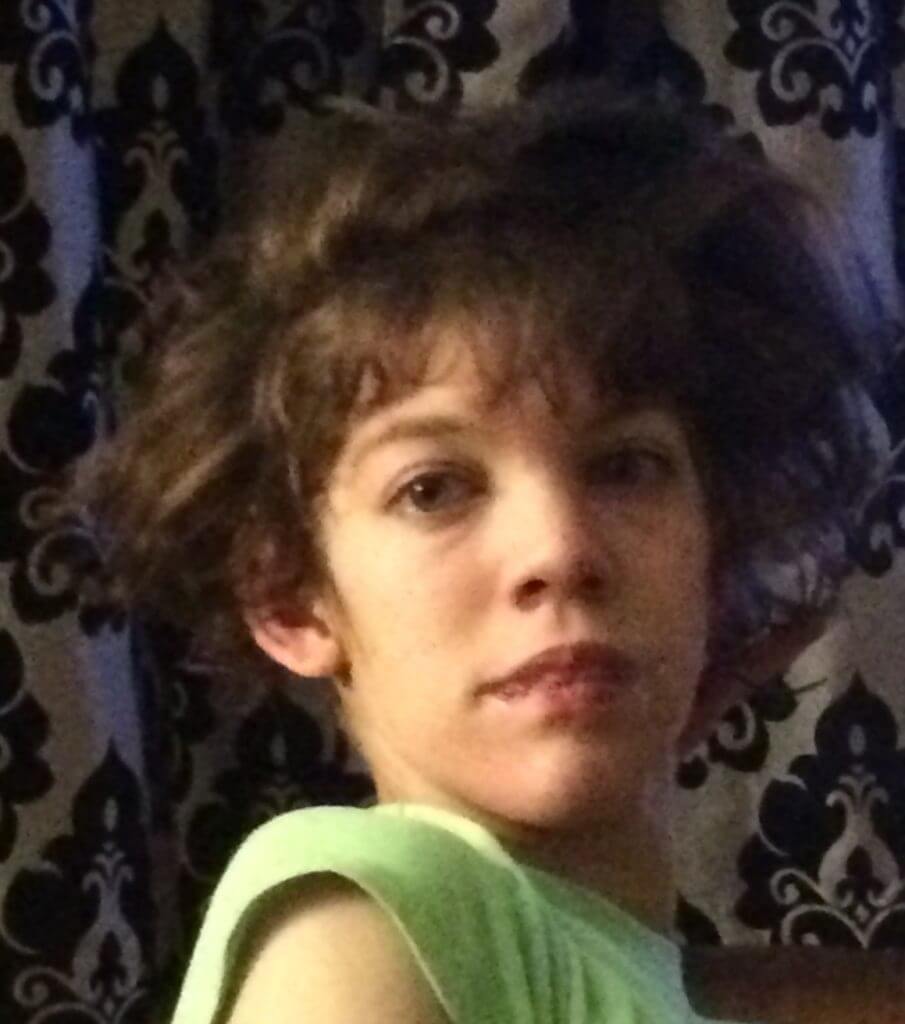 Kailani today with the biggest smile due to all her progress.